Introduction: While surfing the net recently (2021-02-15) I began bumping into articles and blog posts about the Volkswagen AG debacle currently going by the internet meme Dieselgate. Most contain a lot of errors, while some contain almost no facts. I believe this is partly due to the fact that many modern citizens skipped secondary school chemistry, or know next the nothing about technology. Simply put, Dieselgate cannot be fully understood without understanding things like:

Circa 1965 in North America, passenger automobiles and small trucks were powered by gasoline (petrol for you Brits) which was relatively cheap (45 cents per Imperial gallon in Canada). Buses and large trucks were powered by diesel which usually belched black smoke during acceleration. Since gasoline was cheap, and everyone wanted to go fast, every red-blooded male wanted to own a muscle car. But two were problems looming.

Smog has been around since before the start of the industrial revolution. Yellow Smog was first observed in Great Britain and was usually associated with burning high-sulfur coal (eg. Lignite is one example). I mention this here because non-technical people reported seeing yellow smog in California during the late 1960s where virtually no one was burning coal but every family seemed to own two cars. Also at that time, people reported seeing brown smog as well as gray smog.

Grey smog is usually associated with soot produced by burning coal (or wood) but since California is a warmish state, engineers assumed this was unburned hydrocarbons from cars (so gasoline) or buses and trunks (so diesel). Since fuel was becoming expensive and pollution was in the rise, automotive engineers decided it was time to make vehicles more fuel efficient.

Energy is lost whenever any engine, either gasoline or diesel, is releasing unburned hydrocarbons (CHx), carbon monoxide (CO) or soot (C). Solutions include:

Details about burning Gasoline ('petrol' for you Brits) 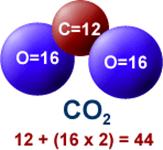 However, most of the weight of CO2 does not come from the gasoline itself, but the oxygen from the atmosphere. When gasoline burns, the carbon and hydrogen separate. The hydrogen combines with oxygen to form water vapor (H2O) while the carbon combines with oxygen to form carbon dioxide (CO2). A carbon atom has an atomic weight of 12, and each oxygen atom has an atomic weight of 16, giving each single molecule of CO2 an atomic weight of 44 (12 + 2 x16 ). It now appears that that Carbon Capture and Storage (CSS) technology will never be practical since the required amount of energy to compress-store this volume of gas would be too large.

The Diesel Scandal (article scaffolding; this is not complete)