DADOES is a acronym for the 1968 book: Do Androids Dream Of Electric Sheep? by Philip K. Dick

From the inside cover page (note the characters in column 1):

Some people claim that the reissued book pictured above is a publisher rip-off to capitalize on the movie's success. I feel this accusation is wrong for the following reasons (hover here)

Around page 97 during the investigation of Luba Luft, Deckard is accused of being an android shortly before Luba reports him to the police. Then we learn of a second police station and a second set of bounty hunters. This flip, and what happens next, is the whole basis for wondering "who is human vs. who is an android". Then for a time, we think that bounty hunter "Phil" is an android but then learn that he is a human with much less empathy than Deckard (and this gets Deckard thinking that Luba contributed to human culture than bounty hunters)

What is "Blade Runner"? 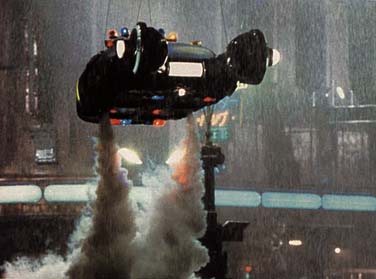 Blade Runner is a 1982 movie by Ridley Scott which is loosely based upon the book: Do Androids Dream Of Electric Sheep? by Philip K. Dick.

A Blade Runner is a bounty hunter tasked to terminate rogue androids (replicants).

To add to the confusion, after the movie was released, book publishers started selling Do Androids Dream Of Electric Sheep? with the cover title Blade Runner

Differences (between DADOES and B.R.)

Back to Home
Neil Rieck
Kitchener (New Berlin), Ontario, Canada.
Note: our city was renamed from Berlin to Kitchener in 1916 (during World War I). Now that we all know that Lord Kitchener wasn't a very nice fellow, some citizens think Kitchener should be renamed New Berlin which falls in line with neighboring communities like New Hamburg and New Dundee. Others think we should merge with Waterloo then keep their name. I have no preference.