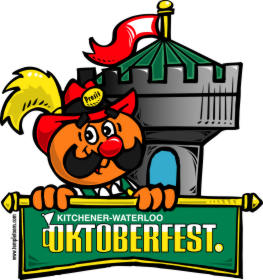 Town then known as Berlin was electrified October 11, 1910

TORONTO, Oct 7 /CNW/ - While Ontarians enjoy their holiday turkey and residents of Kitchener Waterloo take in the annual Oktoberfest Parade, a historic event, the "electrification" of what's now known as Kitchener will also be marked.

A century ago, on October 11, 1910, future Prime Minister Mackenzie King, Premier James Whitney and Sir Adam Beck, the father of public power in Ontario, joined local dignitaries and  hundreds of people  to "switch on" the town with electricity from Niagara Falls, 180 kilometers away - an incredible achievement for the time.

Ontario Power Generation (OPG), Hydro One and Kitchener-Wilmot Hydro are honouring the event with a commemorative ad in local newspapers and Kitchener-Wilmot Hydro has developed an exhibit that can be seen at the Kitchener Public Utilities building at 191 King Street West in Kitchener, on Monday, October 11 between 10 am and 2 pm; it will then move to the main branch of the Kitchener Public Library for the remainder of October.

PHOTOS OF THE EVENT ARE AVAILABLE AT: