Caveat: this information on this web page is based upon material gathered from a number of sources including the internet. Therefore, use this material cautiously at your own risk and only with the advice of a physician

Thinking their bodies are like automobiles, many people incorrectly think that food is just a fuel. In reality food is both "a fuel" and "raw material to enable self-repair and growth"

A wise biologist once said:

Unlike gorillas, the human body is always engaging in resource conservation. Since it takes a lot of energy to maintain muscle tissue, the human body will dismantle (cannibalize) under-used muscle and supporting bone. This is an example of the "use-it or lose-it" scenario which was first made apparent after once-healthy long-duration cosmonauts returned to Earth only to discover that they could not walk.


But consider this extreme example which we see in human society:

Food as a Fuel

Food as a Building Material

The hormone symphony that controls our lives is nothing short of a miracle and yet some hormones have a much greater effect than others. Anabolic hormones like testosterone (which exists in both men and women by the way) help us grow and maintain muscle mass but catabolic hormones like cortisol make sure we won't keep that mass unless we exercise.

One of the more negative aspects of cortisol is that it is released during times of injury or stress. One of the more diabolical facts associated with aging is that the body's sensitivity to stress increases with age which only results in more production of cortisol. So although it is not a good idea to try to eliminate cortisol from the body, it is probably a good idea to control your stress so cortisol is not released too often or too long.

For some reason that medicine does not yet understand, this age-related sensitivity to stress can be reduced with moderate daily exercise.

Your car might last much longer if you didn't use it but it is just the opposite for your body. It doesn't make sense but it is true.

Many people supplement with Omega 3 to reduce the action of cortisol in inflammation. These people seem to forget that people with Addison's Disease (John F Kennedy was one notable example) cannot produce sufficient cortisol. On top of all this, cortisol is one mechanism used by the body to cause fat cells to empty (the opposite action of insulin). For this reason alone, people supplementing with Omega-3 should switch to Omega-3-6-9 so that cortisol is controlled but not eliminated.

Vaccines (a miracle for humanity)

The many paths to knowledge

While it is possible for every human brain to redevelop everything (like math and science) from first principles, it is much more efficient to attend a school where the factual information is passed from instructor to student. This way, all students can avoid the failures and dead-end paths taken by others.

Likewise, an immune system can learn about diseases it has not yet encountered by being exposed to the protein coats associated with viruses collected by scientists. The end-product is known as a vaccine and the information download process is known as an inoculation. In most cases a vaccine is a collection of multiple viruses that have been sliced-and-diced by enzymes during the manufacturing process (rendering them non-infectious). The resulting protein segments of these viruses are then injected into the body where the immune system notices something foreign then begins manufacturing protein anti-bodies for an attack which never materializes but is remembered.

Caveat-1: some viral diseases are so dangerous that it is unlikely you will survive your first natural contact. Or if you do survive, you will never be fully returned to a pre-diseased state. One example is Polio (Poliomyelitis) which was rampant during my childhood in the 1950s but another example is hepatitis which is rampant in human society today. Benjamin Franklin said it best: An ounce of prevention is worth a pound of cure. In the case of inoculations this might be rephrased: A nanogram of vaccine is worth a kilogram of cure.

During the creation of a vaccine, live viruses are evolutionarily adapted to non-human hosts by being transferred into three-to-four generations of chicken eggs. During the transfer, the virus becomes more bird-like which means it becomes virtually harmless (before slicing-and-dicing) to humans. It also means that people with allergies to egg protein will not be able to utilize a vaccine prepared in this way.

But it is not necessary for everyone in society to be inoculated (although those who are not are in greater danger than those who have). If a significant majority of the population is inoculated then herd immunity will prevent the disease in question from becoming an epidemic (thus protecting un-inoculated people in the herd)

Inoculations do not cause Autism

Comments: The medical community published this information in 2001-2002 but internet-based conspiracy theorists and weirdoes have kept the Autism scare alive. I worry about parents who lose a child to a disease which could have been prevented with a vaccine. But in the end it is all up to choice: do you want to live in the modern scientific world or live like the Amish?

Biohacking technology is much too primitive in 2019 so my advice to you is to not mess around with it. Here is my advice for good health:

Intermittent Fasting (for health; not religion)

My Informal Introduction To Fasting

Question: What is life? 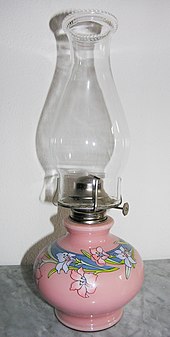 Question: What is life?

Answer: I don't know but putting reproduction aside for a moment, I have always associated respiration (the chemistry of animal life) with that of a burning candle where, once lit in a stable environment, the candle will burn evenly until all the fuel (in the form of wax) is consumed. The wick doesn't burn until all the fuel surrounding it has burned.

What happens when we die? The simplest explanation is that we go to the same place as the flame when the wick is pinched. It ceases to exist in the physical world and no scientific experiment will ever prove otherwise.

Therefore, a candle is a man-made device that provides a delicate balance between hot and cold. It does this by ensuring the burn is slow and even.

Sticking with the candle metaphor for a moment, think about matches. Once struck, then burn very hot for a short time (presumably so you can use them to light a candle in a more hostile environment where a light wind blowing or the candle wick is either cold or damp. Although a match has much less fuel (paper or wood) than a candle, the hotter temperature causes the match's lifetime to be very short.

Now think about kerosene lamps (like the one pictured to the right) whish is a human-engineered improvement on the candle. This appliance employs a wide, flat wick which burns much slower than that of a candle. Why? This wick draws up liquid fuel from the base. The liquid becomes a vapor as it approaches the flame where it ignites. At this point, like the candle, the heat is carried away from the wick via convection (hot air rises). A glass chimney ensures a uniform temperature around the flame which to minimize flicker while maximizing air flow. This has the effect of moving more air into the combustion area (air flows from holes below the wick, around the flame, then up the glass chimney). On top of all this, it is possible (although dangerous) to refill the base without disturbing (too much) a burning flame.

Question: So what does this have to do with human health?

Answer: If you want to live a long time then try to operate you body as if it were a lamp. Keep the temperature down by eating a little less food (16:8 fasting or 5:2 fasting) or less energetic food (replace simple carbs like sugar with complex carbs). Get an appropriate amount of physical exercise to ensure bloodflow is efficient while airflow in-out of your lungs is unrestrained. This includes giving up smoking and/or vaping.

Tattoo inks may be toxic.
BRUSSELS - Fans of tattooing are putting poisonous chemicals into their skin because of widespread ignorance about the substances used in tattooing dyes, the European Commission warned yesterday.  "Would you inject car paint into your skin?" the commission asked in a statement accompanying its report on the health risks of tattooing and body-piercing.  It said most chemicals used in tattoos were industrial pigments originally used for other purposes, such as automobile paints or writing inks, and there was little or no safety data to support their use in tattoos.  In addition, laws demanding tattoo artists use gloves and sterile needles did not include rules about the dyes, meaning they could be impure and dirty without breaking the law. The report said that as well as the risk of catching diseases such as HIV or hepatitis from dirty needles, tattooing could cause skin cancer, psoriasis, toxic shock syndrome or even behavioral changes.