This branch of the Rieck family emigrated to Canada in 1873 from Vietlübbe, Mecklenburg, Germany to escape economic hardship following the Franco-Prussian War which ended in 1871. 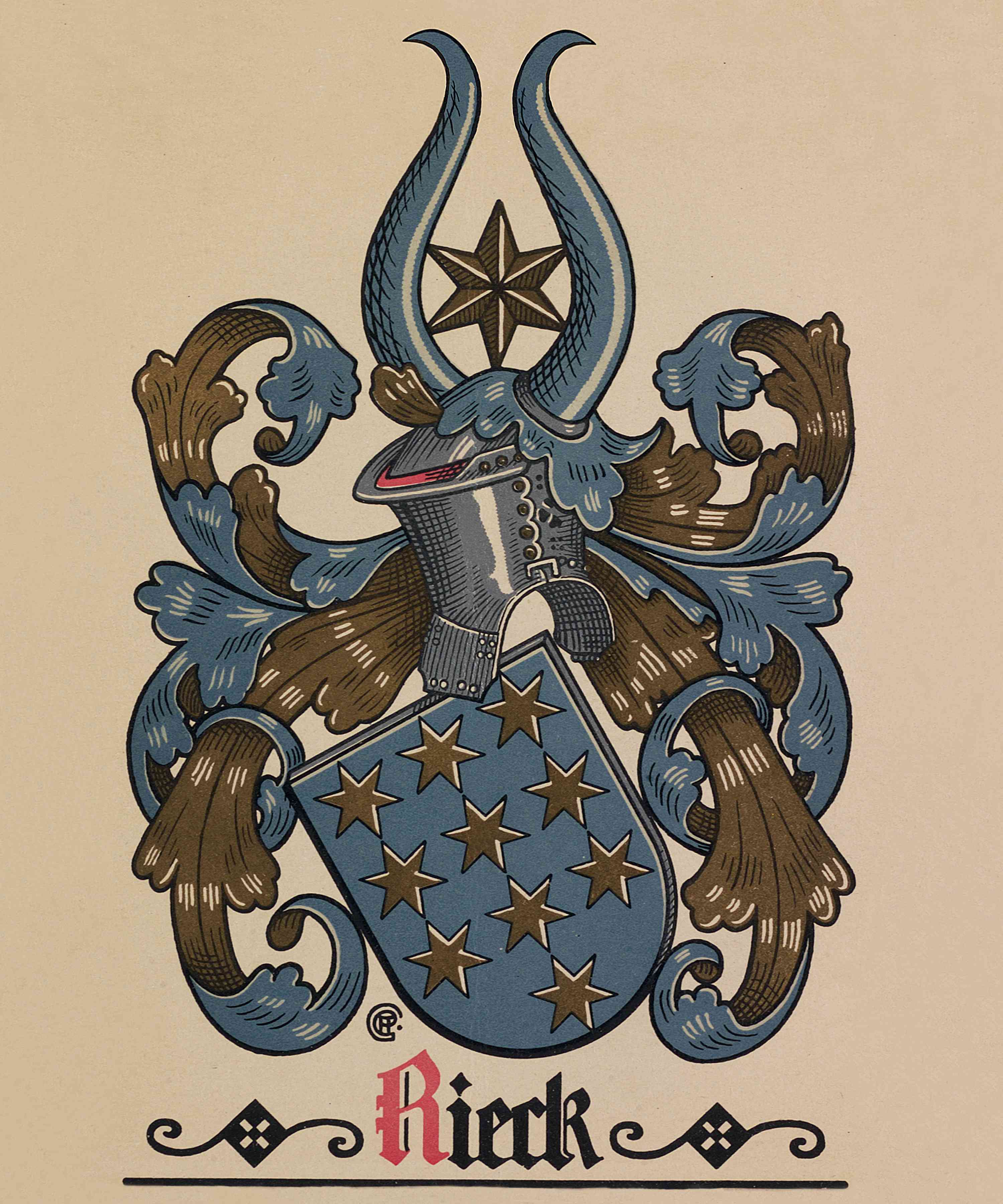 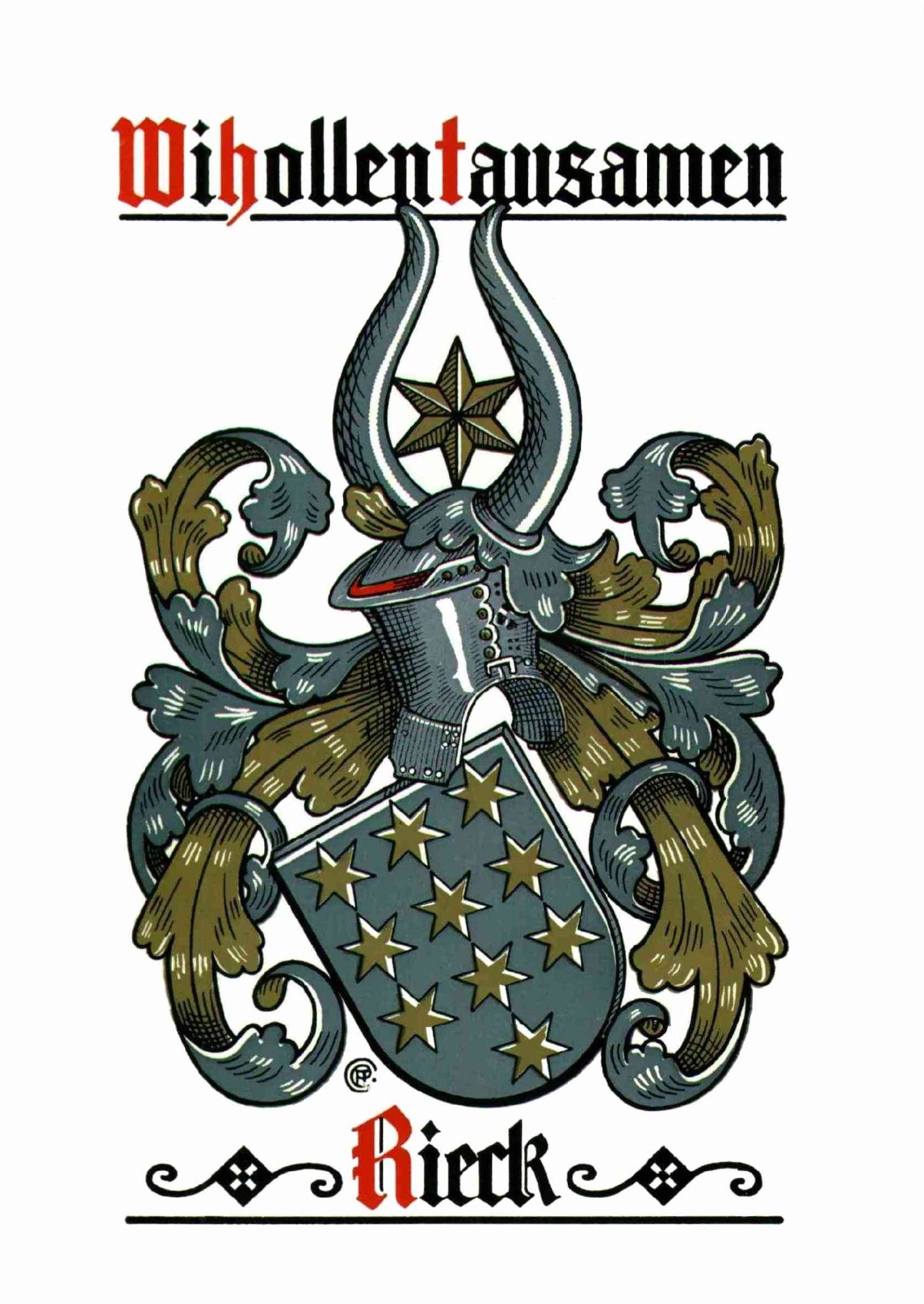 from Vietlubbe, near Karbow, in the State of Mecklenburg, Germany

Evangelical. At Parchim, Siggelkow, Grebbin and Gischow in Mecklenburg, Tacken in the Priegnitz, Berlin, Preston and Kitchener in Ontario in Canada, Portland in Oregon, and Tacoma in the State of Washington, United States of North America.

The forefather of the lineage was Heinrich Rieck, born 1632. He arrived in Vietlubbe early in 1665 and probably came from Holstein, like his wife, Anna Wahlsen.

Likely there is a blood relationship of the Heinrich Rieck ancestry of Vietlubbe, with...

Records indicate that in 1703, Heinrich Rieck1, (born 1632) farmed at (lot?) No. 11, Vietlubbe, a place with a small cottage. In 1711 this land was in possession of his third son, Christian.2 In 1704 his eldest son, Carsten, still lived in Vietlubbe and worked as a hired hand, and by 1711 appears to have been owner of a half-hide of land at Plauerhagen, lot No. 6. His second son, Heinrich, was a sheep-herder at Dammerow and left Mecklenburg for the neighbouring Priegnitz, and there established the Rieck Family of sheepherders. His branch of the family still thrives today at Tachener, and Groez-Vankower. Hartwig, (our lineage) stayed in Vietlubbe, and Joachim was a farmer at Zarchlin, near Plauerhagen.

1 In the German text, Heinrich Sr. is referred to as a Halbbauer, which means a half-farmer, and Christian as a Halbhufner. In the Northern German dialect, a hufner is the owner of a hide of land, a hide being about 60 to 100 acres. So he either owned half the farm, or the whole farm in joint partnership.

The property owned by the Rieck family in the 18th and 19th century at Vietlubbe, was two farmyards (the Rieck-Garnatz near the parsonage, and the Jakob corner piece) as well as the Rieck homestead, it being the only house that was not destroyed by the great fire of 1878.

The descendants of Rieck Family I, from Vietlubbe, were responsible for arranging the first Rieck Family Reunion in Koslin on June 4, 1921. (Hans Rieck of Koslin in Pommerania was the convener and host.)

The coat-of-arms (or crest) with the motto "Wi hollen tausamen" (meaning "We stick together") was approved at the second Family Reunion on June 2, 1922, at Neustrelitz. (Note: The original motto is in the Mecklenburg dialect, as in proper High German it should be "Wir halten zusammen")

The chronologist at the gathering kept the records and history of the Reunion of the Rieck Family, which already contained several volumes. In it we find the name Rieck spelled in many different ways: Riecke, Rieke, Riche, Rike, Ryke, Rycke, Riek, Ryk, Ricke, Riccius, Ryche, Rickcius, rigghen, riktgen, Reich(e), Diwea, Diues, Dyues, Dywes, all of which are the past and present listings; (the last four are the Latin translation of Rieck.)

Annually since 1921, an edition of the family newspaper has been prepared of the Reunions of the Rieck Family registered in Koslin.

The name Rieck is the modern High German form of the name that was already in use before Germanic time, and originated from the root word "ricja" which means rex (Latin for king.) We come across the Gallic source "rig" in the name Bojorix, in the Zimbern War. The German language has the word "reiks" meaning kings, and "reiki" meaning rich; also the root word "rica" as a noun, and "ricja" as an adjective.

The very old age for the basis of the name can also be verified in the modern High German. The name Theudoricus can be found in the first century; later the names Rihc, Rih, Richus, Righus.

It was from this that the High German proper names Rieck, Rick, Reich, etc. came into being. (See Forstemann, Old German Names Book, 1900.)