Summary: I am convinced that God is so far beyond human comprehension that no religion has, or will ever, come close to knowing the truth (it would be easier to teach insects about "automobile insurance"). All religions are man-made. We created god in our own image, not the other way around. But here is the sad truth: many misguided people would not think twice about killing in the name of their religion, or their god, so I fear the violence will never end ("my invisible man in the sky is more powerful than your invisible man in the sky"). Deism seems to me to be the only compromise.
Summary for Americans: The Puritans (mostly Protestants and Anabaptists) left Europe for to the new world to escape religious persecution. But once in America, they set up a system of religious hegemony where they persecuted anyone who did not meet their religious standards. Such was the environment that hosted Salem Witch Trials between 1692 and 1693. The American Declaration of Independence was written generations later during the Age of Enlightenment where most educated people no longer believed "the bible was literally true" but understood it to be "the inspired word of religion" rather than "the inspired word of god". In fact, we have written proof from the huge volume of letters written by the Founding Fathers of the United States indicating that the majority of them were no longer Christians but were Deists.

Additional proof can be found in the Treaty of Tripoli (which was written in 1796 and appeared in every American newspaper that year before it was ratified) which stated:

Article 11. As the Government of the United States of America is not, in any sense, founded on the Christian religion; as it has in itself no character of enmity against the laws, religion, or tranquility, of Mussulmen (Muslims); and as the said States never entered into any war or act of hostility against any Mahometan (Mohammedan) nation, it is declared by the parties that no pretext arising from religious opinions shall ever produce an interruption of the harmony existing between the two countries.

Note: purple words are my modernization corrections (not part of the original text)

Speaking of fictions, the 1620 story of the Puritans first landing at Plymouth Rock in an empty content overlooks the fact that that the Indigenous peoples (in the many millions) were already here -AND- that the Spanish and Portuguese  began colonization of what are now known as the southern states shortly after the 1492 voyage of Christopher Columbus.
Deism offers us an opportunity, right now, to, as Thomas Paine wrote about the American Revolution, "begin the world over again." This is much more important than most people realize.

Objectively looking at our world today, we see there are literally billions of people who believe man-made books that are steeped in ancient fear, ignorance and nonsense while claiming to be God's communication with humanity. Books which promote religious violence on a global scale and which teach that The Supreme Intelligence/God ordered people to commit acts of genocide against their neighbors. Is it any wonder our world today suffers from so much religious violence?

All of the Abrahamic "revealed" religions (Judaism, Christianity, and Islam) have "holy" scriptures which promote religious violence. The Abrahamic "revealed" religion that arguably has the most influence on US government policy makers, policy makers who have the very real ability to start wars, is Judaism. This is due primarily to the raw political power of the Israel lobby and to the Hebrew Bible/Old Testament based neoconservative movement.

Fifteen years ago Lawrence Wilkerson was US Secretary of State Colon Powell's chief of staff. He was involved in helping Powell sell the lie that Iraq had nuclear and biological weapons of mass destruction in order to win support for a US war against Iraq. Wilkerson has written an important article in the New York Times about the parallels between that successful effort to start the Iraq War and the current effort to start a war against Iran. (Click here for an article about the pro-Israel editorial policy of the New York Times.) comment: only uneducated fools are anti-Semitic. The author of this blurb is criticizing Zionism which many people see as another word for colonialism.

Now the vital importance of Deism becomes clear. If enough people were educated about Deism, and held Deistic beliefs instead of nonsensical and harmful beliefs promoted by the "revealed" religions, it would be much more difficult for world powers to wage religious wars. We would have a much better world for ourselves and for future generations.

My "2 cents" on religious world conflict

Europeans learned during the "30 Years War" (1618-1648)1 that religion and politics don't mix. In fact, it was the principal of religious freedom2 that was the basis for ideas which created the United States of America. So I'm confused when:

The world will never have peace until there is a protestant-style reformation in all religions which will enable people to take back control of their churches from zealots and extremists. Every citizen must strive to ignore anyone (religious or otherwise) who instigates war or martyrdom. We also must be wary of any religious person with "political ambitions" or "ties to people with political ambitions" (you probably think I am referring to some Islamic Imams and Clerics but American Christians like Jerry Falwell also spring to mind)

After the 9/11 attacks on New York in 2001, I read three books on Islam as well as Islamic History to attempt to understand Islam's principles. While contemporary Muslims usually refer to Mohamed as only a prophet, he was also a politician as well as a military general. This perspective sheds new light on Muslim discontent which obviously extends beyond religion.

Most Muslims consider any Quran not written in Arabic to be profane translations. This means that imams and clerics not able to read Arabic must turn to the hadiths (non-Arabic translations are allowed) which number between 4000 and 8000. Demanding that the primary holy text stay in the original language is reminiscent of pre-protestant Christianity demanding that the Bible stay in Latin (even though many original documents were only available in Hebrew, Aramaic and Greek)

Next I read three books on Christianity which rendered me equally confused. Mention "the big schism in Christianity" and most modern people with think "Catholic vs. Protestant" rather than "Eastern Orthodox vs. Roman Catholic"

A very simple summary involves the Trinity (a word never found in the bible) which is derived from the evolution of the Nicene Creed (publicly recited in churches as an affirmation of what the attendees believe) which first appeared in 325 AD. The Trinity controversy begins with the insertion of the Filioque in 451 AD at the First Ecumenical Council at Chalcedon making Jesus literally divine. In a theocratic power play in 1054 (was this religious or political?) the Roman Catholic church excommunicated Christian churches who did not accept Filioque which resulted in a spit between Roman Catholic and Greek Orthodox. If the Greek church is labeled "orthodoxy" (straight thinking) then the Roman Catholic doctrine, and everything descended from it (Anglicans, Baptists, Calvinists, Lutherans, Methodists, and Pentecostalists to only name six of many), are "heretical"

Food-for-thought: many protestants scoff at the catholic practice of "praying to Mary" but if belief in the divinity of Jesus is heretical, then "praying to Jesus" should also be discouraged. As far as I can tell, the Muslim world prays to Allah rather than Mohammad which may be more correct (especially if Allah is just another name for God) 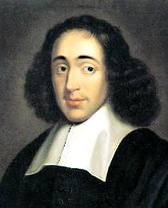 The age of enlightenment was kicked off by Europeans like Spinoza who laid the groundwork for the 18th century Enlightenment and modern biblical criticism (an open minded scholarly study and investigation of biblical writings seeking to make discerning judgments about these writings). For most of Europe, this put an end to governments recognizing superstition and the end of acts like "witch burning". Roman Catholics behaved badly with the inquisitions until Napoleon put a stop to the last one (of five) in Spain after after conquering that country. Spinoza's enlightenment continued in 18th and 19th century Europe where many more original bible manuscripts (scrolls) were acquired then compared with ancient historical records and found to be changed or just plain wrong. (quote: this school reached its apogee with the influential synthesis of Julius Wellhausen (1844-1918) in the 1870s, at which point it seemed to many that the Bible had at last been fully explained as a human document). 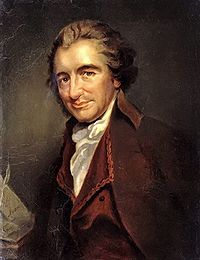 Although many people have continued the enlightenment the efforts of Spinoza including David Hume (1711-1776), Thomas Paine (1737-1809) is the name most citizens might recognize today. He wrote many things including "the importance of the separation between church and state" and "racial equality" (he proposed "abolishing slavery 100 years before Lincoln").

Some noteworthy deists include: George Washington, James Madison, Thomas Jefferson, Ben Franklin, and perhaps John Adams. All these people knew, or had read the works of, Thomas Paine.

comment: Most of the American founding fathers were deists and anyone who tells you otherwise is lying (even if you heard it from the pulpit). If you don't believe me then you should start by first reading the Treaty of Tripoli which was ratified unanimously by the U.S. Senate on June 7, 1797 and signed into law by President John Adams on June 10, 1797.


quote: As the Government of the United States of America is not, in any sense, founded on the Christian religion,—as it has in itself no character of enmity against the laws, religion, or tranquility, of Mussulmen [Muslims],—and as the said States never entered into any war or act of hostility against any Mahometan [Muslim] nation, it is declared by the parties that no pretext arising from religious opinions shall ever produce an interruption of the harmony existing between the two countries.

After this treaty was published in ~ 200 newspapers it should be noted that there is no record of any public outrage of any kind. 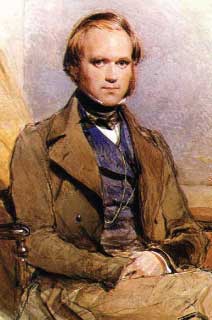 Although Charles Darwin started out a Christian (he graduated with a degree from Trinity College, Cambridge and was destined to be an Anglican Parson) he became a deist after questioning the premature death of three of his ten children before publishing On the Origin of the Species in 1859. Meanwhile, most Anglican Parsons and Deacons who read Darwin's book did not see it as an attack on religion; they saw it as science's description of nature which had been put into motion by a prime-mover god.

But here is another view where some people say evolution is actually described in Genesis 1-24:

www.skepticsannotatedbible.com/interp/evolution.html
quote: And God said, Let the earth bring forth grass, the herb yielding seed, and the fruit tree.

notice that he "brings forth" rather than "creates"

I now call myself a Desist who is convinced that all religions are completely man-made. Like literature, music and art, religion is just another human cultural expression and humanity would, most likely, be poorer without it. Since no rational person would ever "torture", "murder" or "go to war" over literature, music or art, then those who believe these activities are permitted in the name of religion need to be educated otherwise. No one will ever be able to prove (or disprove) the existence of god so there is little point in trying. Meanwhile arguing about the inaccuracies found in all religious writings make me think that humanity's only hope is to keep personal religious beliefs private. This means we must all strive for a secular society.

The Rise and Fall of Empires (published: 2003-01-29)
Symptoms before each collapse: ignorance, superstition, religious fundamentalism, xenophobia, intolerance, rejection of science