This entire sub-domain is a private effort of free information.
There are no cookies, no advertisements, and nothing is for sale.
Note: OpenVMS Programmer's Corner has moved here

NSR Resources on this page 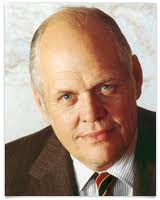 How VMS (OS Software) separated itself from VAX (hardware)

In the mid 1980s DEC started the Prism project to develop RISC technology which would eventually succeed their CISC-based VAX. Dave Cutler headed Prism (hardware) as well as Mica (software) which would attempt to port VMS to RISC. In July 1988, DEC killed Prism and Mica so they could build systems based upon RISC chips from MIPS. Dave Cutler resigned the following month in August 1988. In October 1988 Dave Cutler, as well as ~40 of his DEC staff, were hired by Microsoft to incorporate VMS 4.x concepts into a new 32-bit GUI OS which became known as Windows-NT (new technology). This technology later morphed into Windows-2000, Windows-XP, Windows Server Edition 2003, etc.

The remainder of my research has been moved here:

Our skunk works has just (99.11.30) been asked to attempt a trial port of some OpenVMS applications from VAX to Alpha. We acquired six AlphaServer 4100 machines (with DUNIX 4.1 installed) from a cancelled project within our company and now one of them is in my lab. We also scooped up two AlphaServer 2100 machines.

This specific machine is an AlphaServer 4100 5/300 which was manufactured in 1996. It contains a single 21164 (EV5) CPU running at 300 MHz with 2 MB of cache and 256 MB of RAM. Five modules can be installed in the CPU chassis (one for the PCI/EISA interconnect and four for CPU's). Because of the clock speed I thought this machine might be a bit of a dog but it "seems" much faster than my VAX-6430 (at least it boots up five times faster).

The disk subsystem is based upon MYLEX configurable RAID controllers which connect to five "storage works" arrays (each filled with six 4-GB SCSI drives). Since all RAID functions are handled in hardware, the CPU can pay more attention to running the OS and apps. The controller can be modified with a configuration program to support RAID-1 (mirroring), RAID-0 (striping), RAID-10 (one plus zero) and RAID-5 (complete multiple disk redundancy).

All the chassis boards (except CPU and memory) are either PCI or EISA based so these machines are considerably less expensive than the VAXs they are about to replace.

Intel will EOL Itanium in 2021

"The Minimum You Need to Know About Service Oriented Architecture"

Digital Equipment Corporation achieved sales of over $14 billion, reached the Fortune 50, and was second only to IBM as a computer manufacturer. Though responsible for the invention of speech recognition, the minicomputer, and local area networking, DEC ultimately failed as a business and was sold to Compaq Corporation in 1998. [HP bought, er, merged with, Compaq in 2002]. This fascinating modern Greek tragedy by Ed Schein, a high-level consultant to DEC for 40 years, shows how DEC's unique corporate culture contributed both to its early successes and later to an organizational rigidity that caused its ultimate downfall.

Note: newsgroups are accessed with a news reader on port 119. Alternatively you may use a browser like so:
https://groups.google.com/group/comp.os.vms

Freeware from the good folks at VSI (VMS Software Inc)